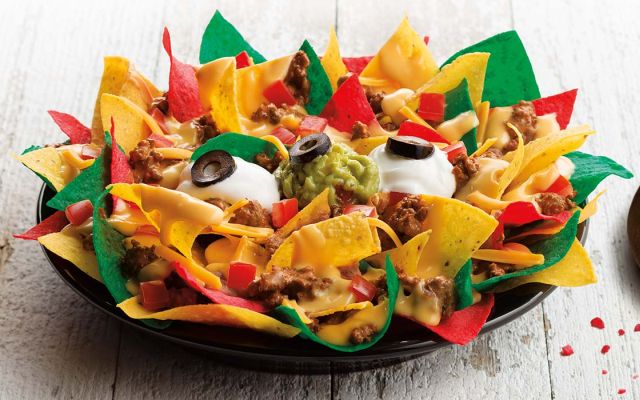 Now through Dec. 29, the restaurant that has been serving bigger. bolder. better. flavors since 1969 is supporting Cheyenne-based not-for-profit Hispanic Organization for Progress and Education (HOPE) – an organization that aims to help Hispanic students achieve educational success at all levels and increase graduation rates – with the highly anticipated return of Nachos Navidad®.

“We are humbled to have the opportunity to partner with such an influential Cheyenne-based brand so we can continue to help Hispanic students reach their academic goals,” said HOPE President Ann Redman. It is an honor that Taco John’s chose us to support locally this year through Nachos Navidad®.”

Guests will be asked to round up their total to donate to HOPE at all Taco John’s Cheyenne restaurants. Additionally, a portion of proceeds from every Nachos Navidad® sold in Cheyenne will be donated to HOPE.

“This is the most wonderful time of the year at Taco John’s,” said Taco John’s Vice President of Marketing Alan Wright. “We are proud to bring back a fan favorite that allows us to give back to wonderful organizations nationwide. Offering Nachos Navidad® and our gift card special is our way of spreading holiday cheer within each of our communities.”

For more than 20 years, Taco John’s franchisees have donated a portion of the proceeds from every Nachos Navidad® purchase to a worthy cause in the local community in which they serve. Franchisees have the freedom of choosing the charity they’d like to support, some of which include Food Bank of Iowa, Black Dog Animal Rescue and Boys and Girls Club of La Crosse, Wisconsin, among many others. The hyper-local donation approach has collectively raised millions of dollars for hundreds of organizations where Taco John’s restaurants are located.

To add to the festivities this holiday season, Taco John’s fans can stuff their stockings with gift cards that everyone will enjoy. For every $25 gift card purchased, guests will receive a $5 bonus card!