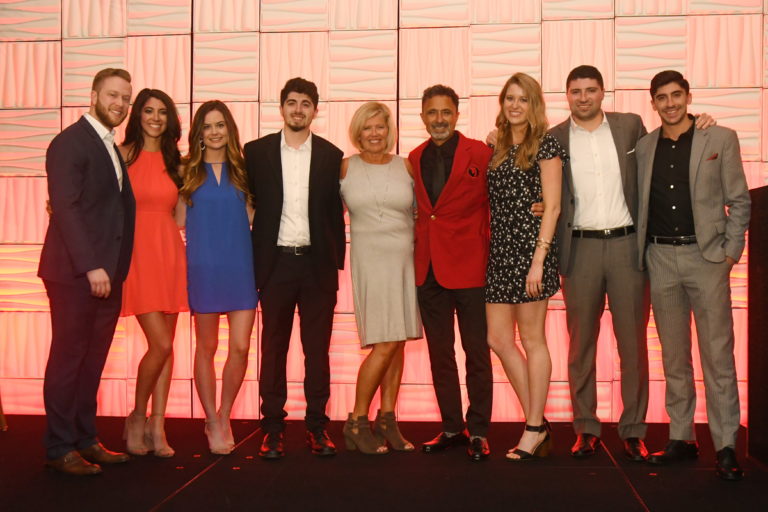 Currently the owner of two Illinois Taco John’s restaurants – one in Bourbonnais and one in Bradley – Habeeb moved to the U.S. from Beirut, Lebanon when he was 17, and has been with Taco John’s since 1977. He started as a crew member, was promoted to management, and eventually became an owner. On the way, Habeeb met his wife Lisa who was also working at Taco John’s.

“Alex has a wonderful history with Taco John’s and has made huge contributions to our company,” said Creel. “He was the primary champion of our steak product which has been an overwhelming success, he invented the Meat and Potato Burrito, his Bourbonnais restaurant was featured on the Discovery Channel last year and his passion for the Taco John’s brand is unsurpassed. For these reasons and more, Alex deserves to be this year’s Mr. Taco.”

Reimplemented last year by Creel, the Mr./Ms. Taco Award identifies and recognizes stakeholders who best contribute to the growth of Taco John’s. The recipient embodies the entrepreneurial spirit responsible for making the company what it is, by contributing to the system beyond owning and/or operating a Taco John’s restaurant.

“I was really surprised when Jim announced my name for the award because there were so many people in the room who deserved it,” said Habeeb. “The best part was when my entire family walked in; my heart was full of joy. I arrived here in 1977 with $2,000 in my pocket and I met a gentleman who believed in me – Bob Steele, one of the original Taco John’s franchisees. He’s not with us anymore but he mentored me and many others. So I owe this to him, to God, and to my family. Additionally, we are backed by a great leader – Jim Creel. You can’t find a more honest man than Jim and I wouldn’t be where I am today without him and my amazing staff in Illinois. I’m humbled and honored. Thank you, Taco John’s.”

“In our small town of Bourbonnais, Taco John’s has become a staple in the community because of our Dad,” said Alex Habeeb’s daughter, Alexandra. “He is the definition of the American dream and has taught our family that with passion, integrity, faith in God, and hard work we can achieve anything. He is an inspiration to all of us. Not only is our father the best of the best in this organization but he’s also the best husband and Dad in the world.”